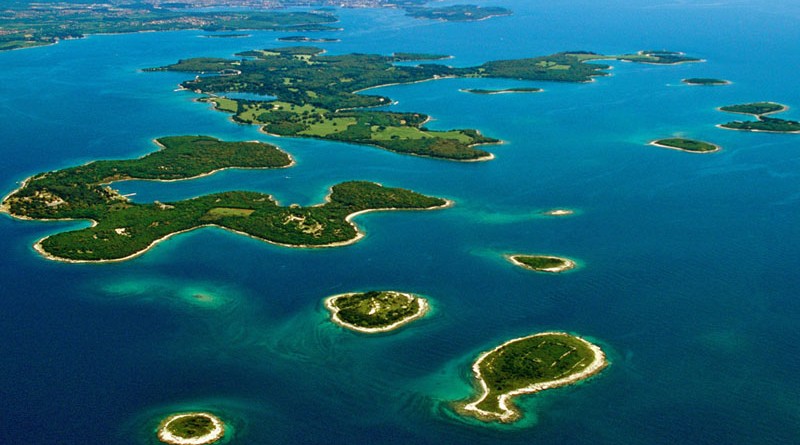 The Brijuni islands stretch along the south-west coast of the Istrian peninsula; they are separated from the Istrian mainland by the Fažana Channel which is 3 km wide. Along the western Istrian coast there are several island groups among which the most interesting, the largest and most indented is the Brijuni island group with its 14 islands and islets covering and area of 7.42km2. 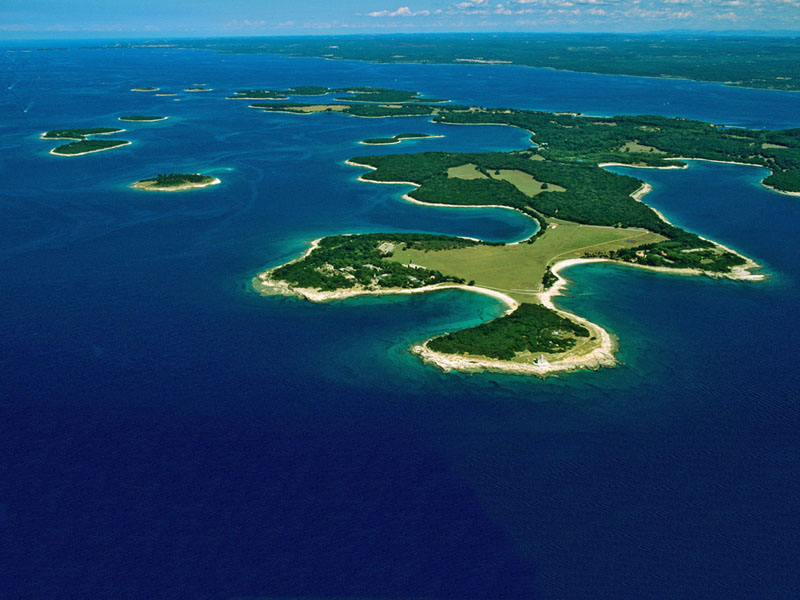 The present day boundaries of the National Park were set in 1999 and comprise the land, the surrounding sea with the seabed and cover an area of 33.9km2. The length of the coastline of all the islands is 46.8 km. The most indented islands are Veliki Brijun (25.9km) and Mali Brijun (8.3km). The shores are mostly low and rocky but easily accessible due to the horizontal stratification of the rocks, and in some bays pebbles and sand can be found. 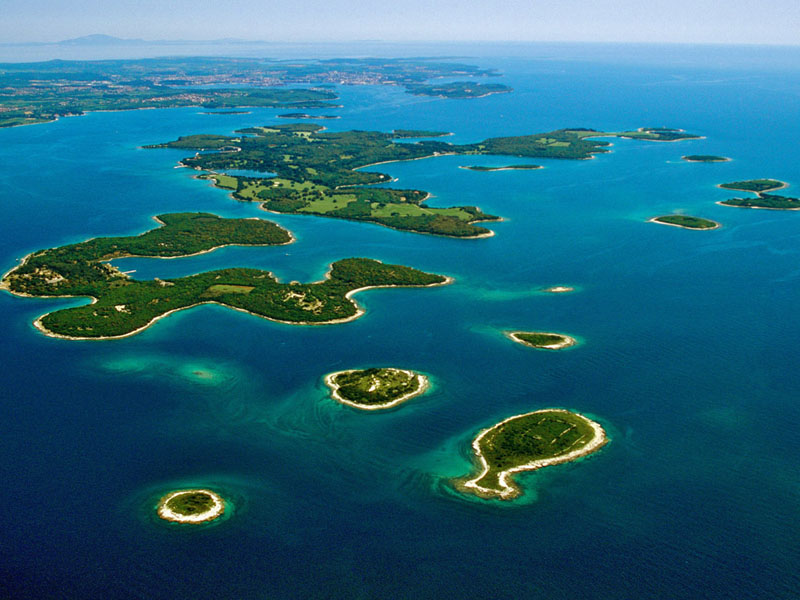 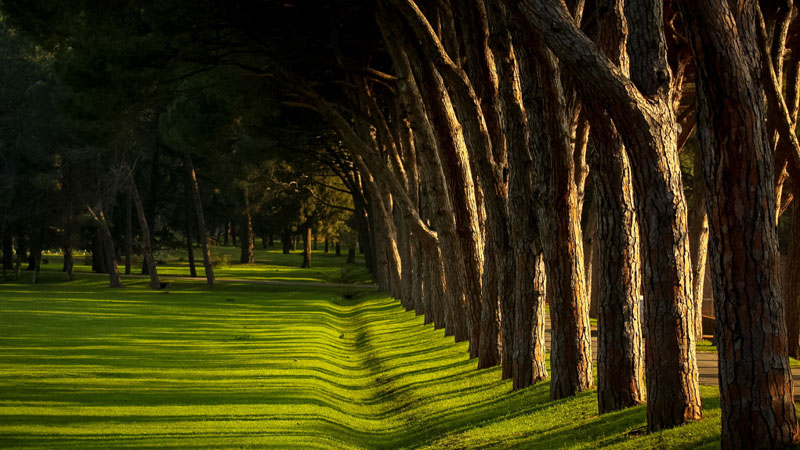 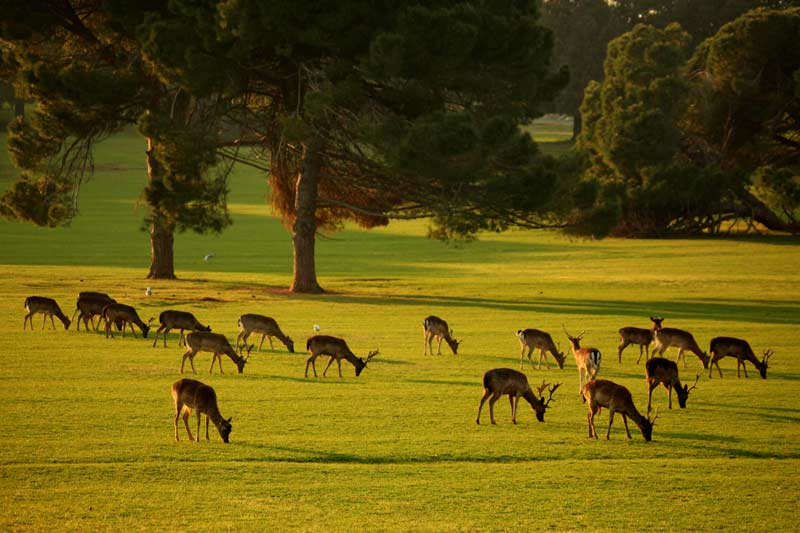 Geologically and geo-morphologically Brijuni are the continuation of western Istria, the so-called “Red Istria”. Since the depth of the channel of Fažana is just 12m, Brijuni were until some 10,000 years ago an integral part of Istria. 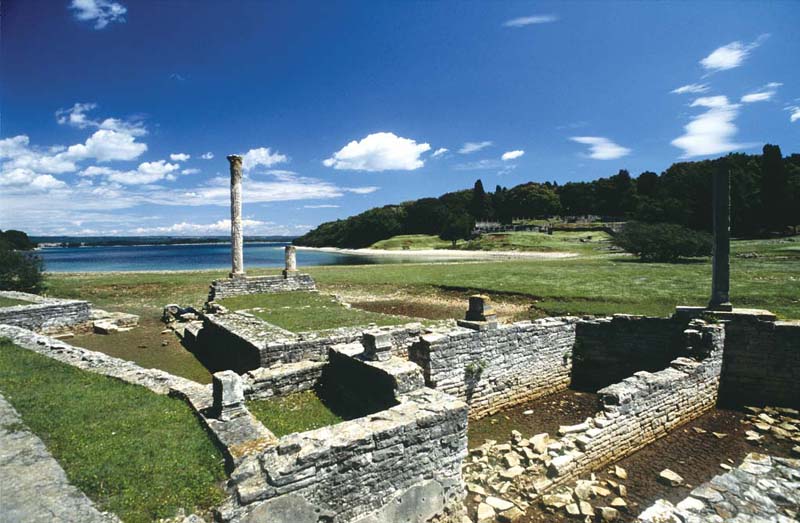 The islands are made of horizontal or slightly inclined layers of limestone from the Cretaceous, on which in places there are layers of carbonated brown or red soil. The stone that belongs to that formation is white in colour, easily breakable, of marble structure and is abundant in clay and flint. Therefore it is very solid and is an excellent building material. Roman builders appreciated the listed qualities of these stones and it was used to build many towns on the Adriatic. 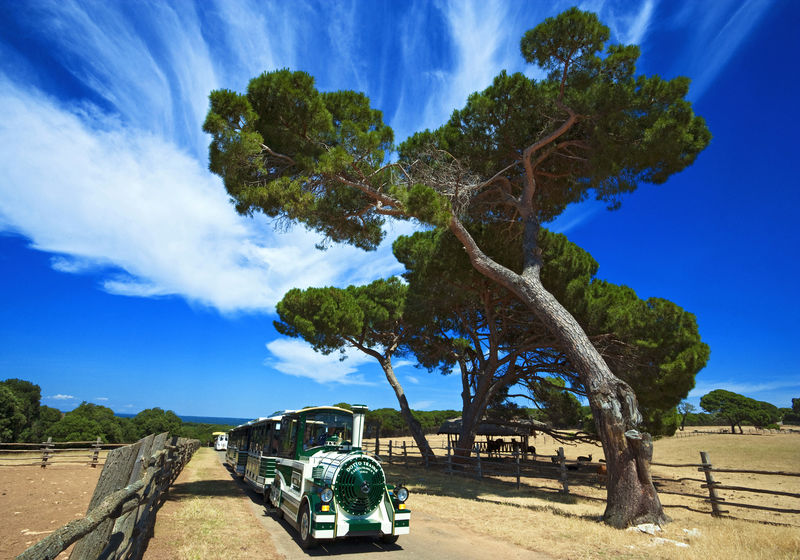 Climatically Brijuni are part of the northern Mediterranean type of climate and have all the qualities of the western Istrian coast with a relatively high value of dampness in the air (76%). The average yearly temperature is 13.9C, the precipitation average is 817mm, while the level of insolation is 2350 hours per year. The main characteristic of the Brijuni archipelago is the extraordinary biological diversity given thanks to its geographical location, its geological base and geomorphology, its diversity of the habitat and its island isolation. 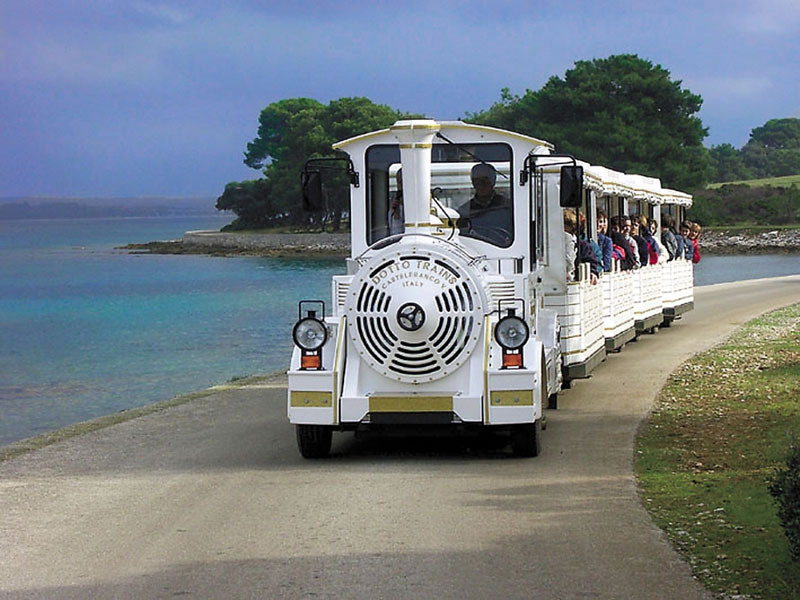 The natural biological diversity was enriched by men’s traditional husbandry. Veliki Brijun, as the largest island of the archipelago, which was cultivated into a harmonious landscape of meadows and parks, has along with the rich remnants of architectural heritage also the preserved vegetation types typical for the western Istrian climate. It is important to underline that the sea forms 80% of the protected area of the National Park and has almost all the elements of the marine eco-system of the Adriatic. 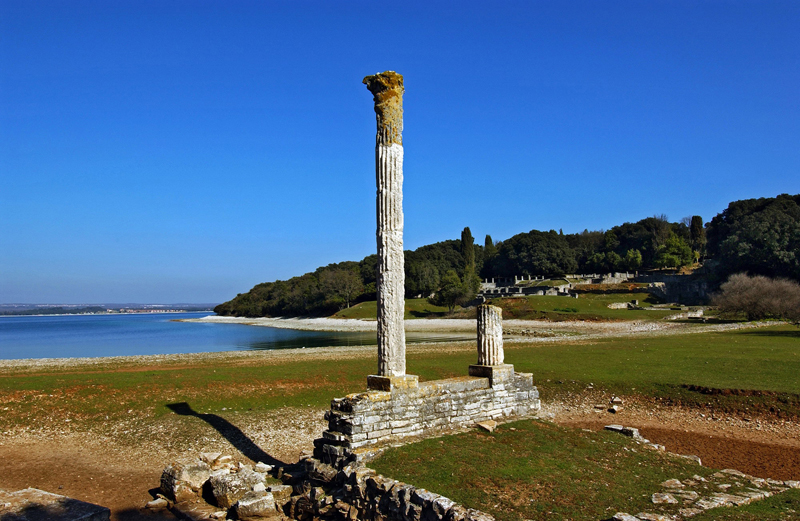 Having a mild Mediterranean climate, lots of sun and warm weather, plenty of humidity creating a rich vegetation, the islands guarantee an extremely pleasant stay. The average air temperature in winter is 6,3°C., in spring 12,2°C., summer 22,2°C. and autumn 14,8°C. The sea temperature in summer is from 22 to 25°C.

One thought on “Brijuni, National Park”