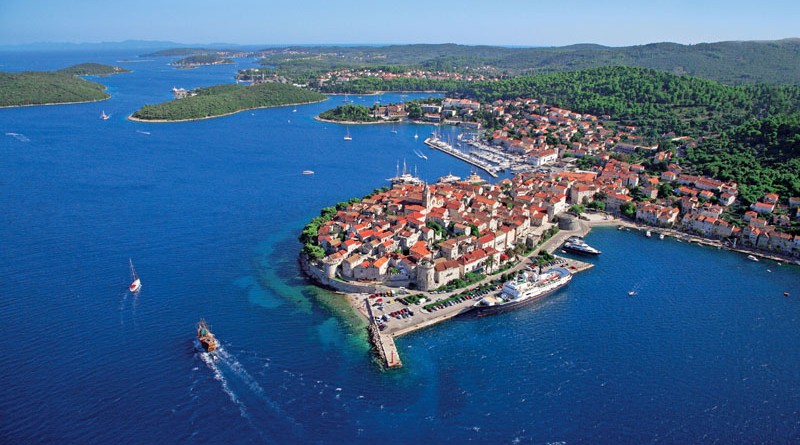 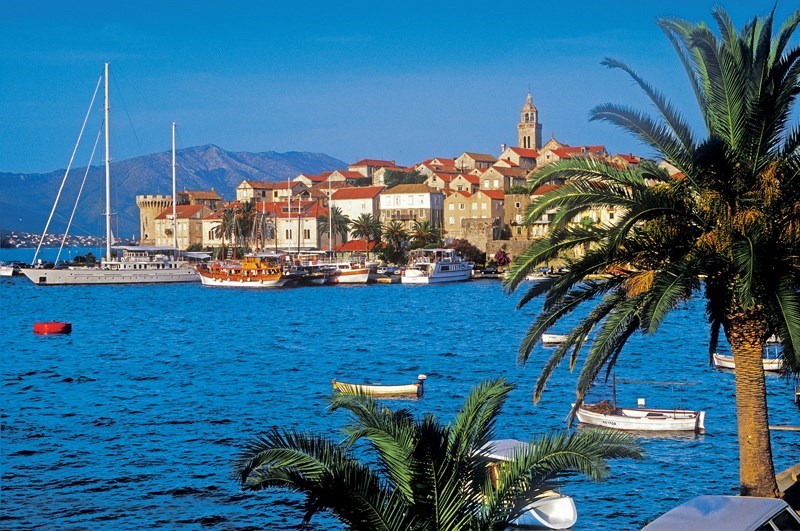 Korcula is one of the most popular tourist destinations in Croatia today, and has been ranked among the top 20 island locations in the world. Korcula’s tourist history extends well into the past, and was a favorite retreat in the ancient world. Today, Korcula offers many comfortable accommodations and fine hospitality to its visitors. The first hotel on the island opened in 1912, and remains open to this day, allowing visitors to watch beautiful island sunsets from the hotel terrace. Hotels, campsites, and rental apartments and homes are all available to Korcula’s visitors. 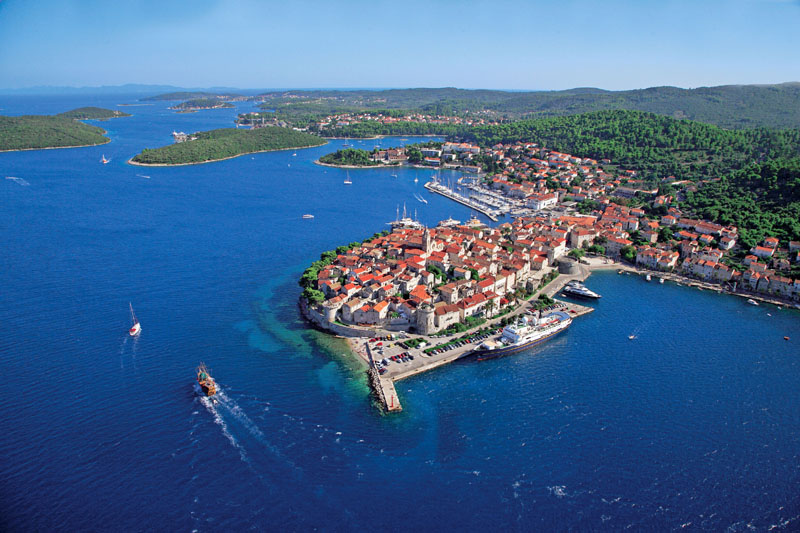 Korcula is a popular destination for outdoor enthusiasts, offering up windsurfing, yachting, and diving. Tennis and swimming are both popular activities in Korcula as well. Fishing, both by locals and visitors, is common. Walking tours of both the city of Korcula and the island as a whole are enjoyed by many tourists. The city of Korcula offers up not only beautiful beaches, but also fine old architecture. 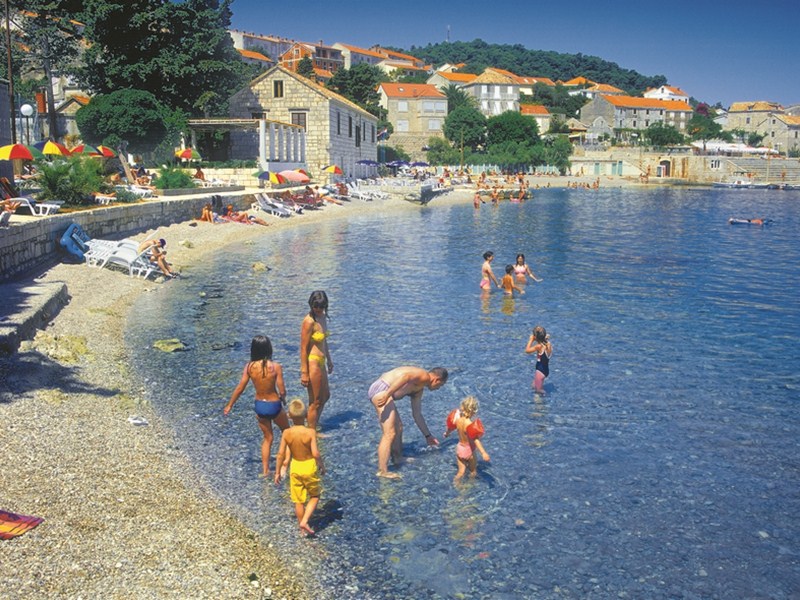 Much of the architecture of Korcula shows the influence of Venetian style, and you will find many buildings dating to the 14th, 15th and 16th centuries, including churches, palaces and more. Korkula has also produced several fine 20th century artists, and you will find their work on display in the city. There are several museums in the area, some featuring works of local artists and others sporting some number of fine renaissance pieces. The home of Marco Polo is also open to visitors. 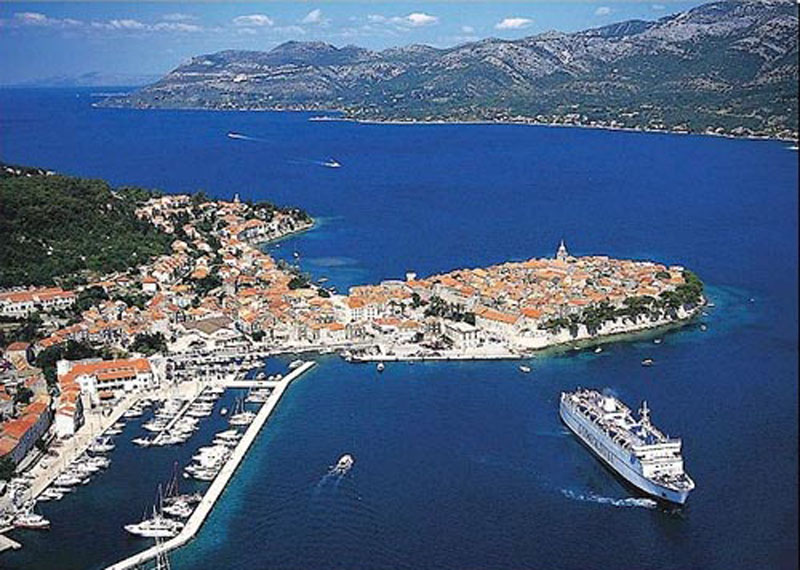 Gourmets will enjoy the local delicacies and fine wines in Korcula. Local dishes of note include a number of fine fish dishes. Visitors with a sweet tooth should sample cukarini, krostule and prikle. A number of vineyards on Korcula produce good wines, including Posip, Grk, and Plavac. 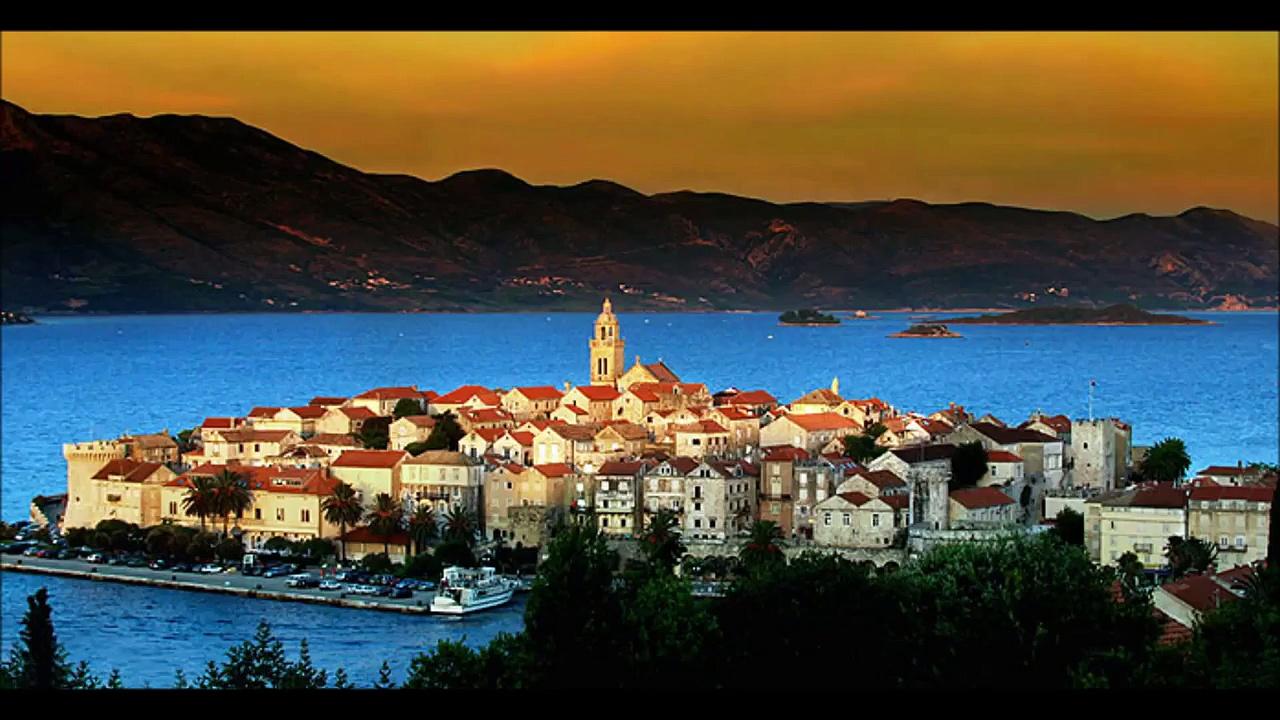 The most important cultural happening in Korcula is the traditional game and sword dance dating to the middle ages, and performed in Korcula since the 15th century called Moreska. Moreska originated in Spain, but has a long history in Korcula. The game has its origins in the medieval custom of chivalry, and in the Spanish conflicts with the Moors. Moreska is a staged battle between the Black King and the White King. The Black King has abducted a princess, and she must be saved. In the end, the White King defeats the Black King, the princess is saved and the fight is accompanied by music provided by a local brass band. 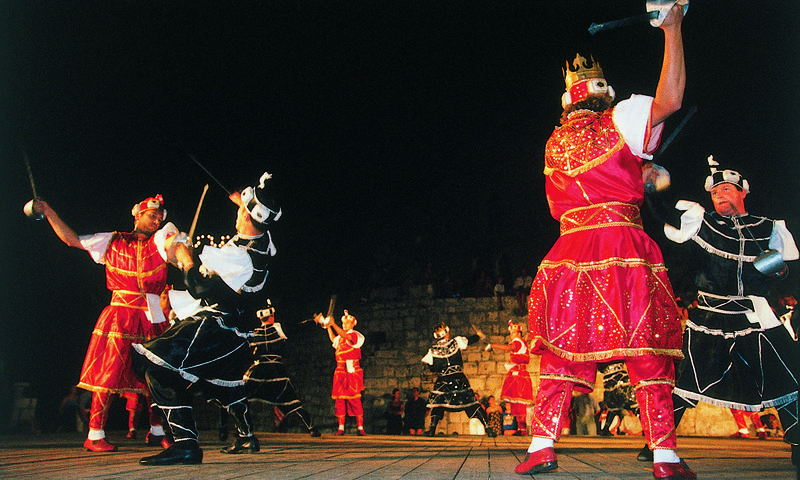 Korcula has beautiful beaches, warm hospitality, fine food and wine, and the joys of life on the Adriatic to offer its visitors. History, cultural celebrations, and the beauty of the sea await you in lovely Korcula. A visit to Korcula can be quiet and relaxing or active and exciting, but it is sure to be memorable and offer up the vacation of a lifetime on an island paradise. 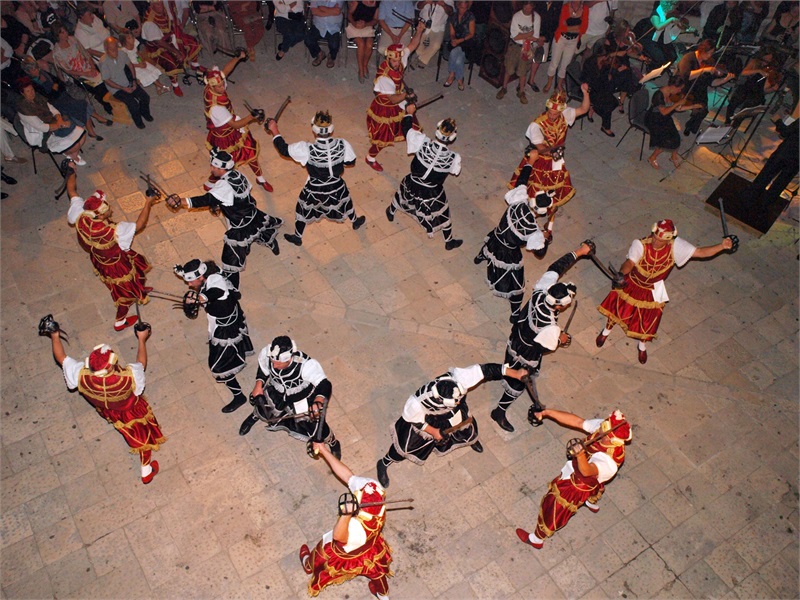