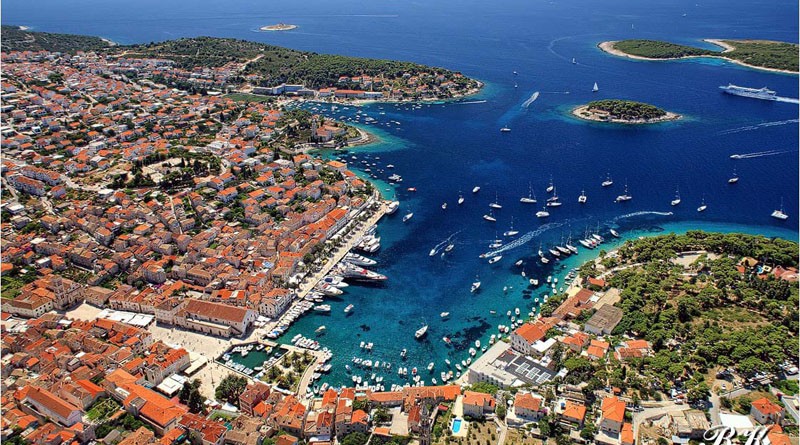 The city of Hvar is a unique fusion of luxurious Mediterranean nature, rich cultural and historical heritage, and mundane, tourist present.
It is situated in picturesque nature, facing the southern, side of the world that has given it all Mediterranean attraction and cheerfulness; facing sea, that gave it splendid and repeatable history, Hvar is an inexhaustible treasury of the scenery, atmosphere and adventure. 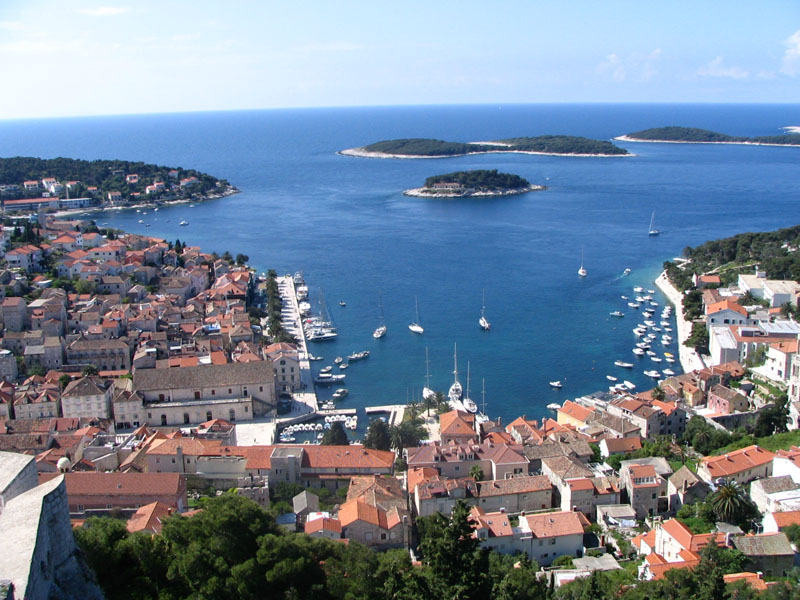 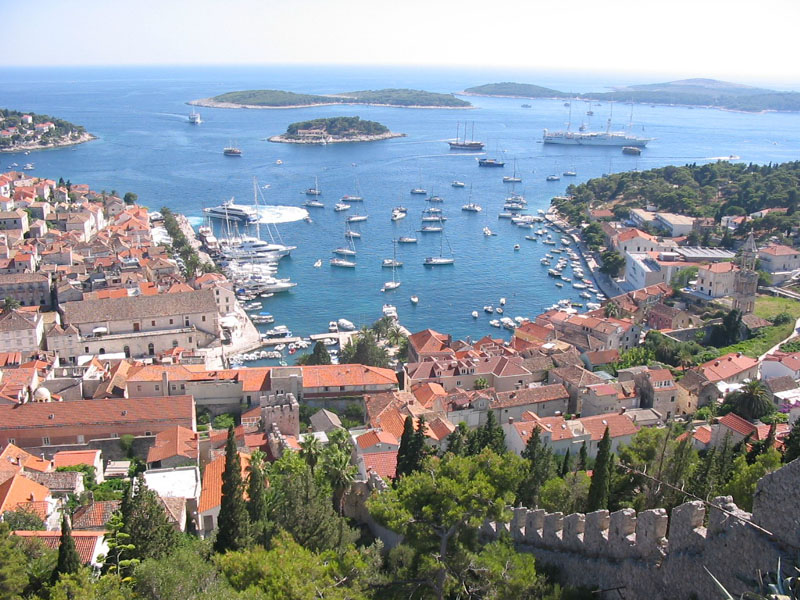 Its name derives from the Greek name for island and town, that stood where today Stari Grad (Hvar became an island’s centre in 13th century) stands – PHAROS. Hvar gained glory and power during middle ages being an important port within the Venetian, naval empire. Today, it is centre of island’s tourism and one of the favourite destinations in Dalmatian riviera – a town of smiling and courteous people, who are almost only dedicated to tourism. 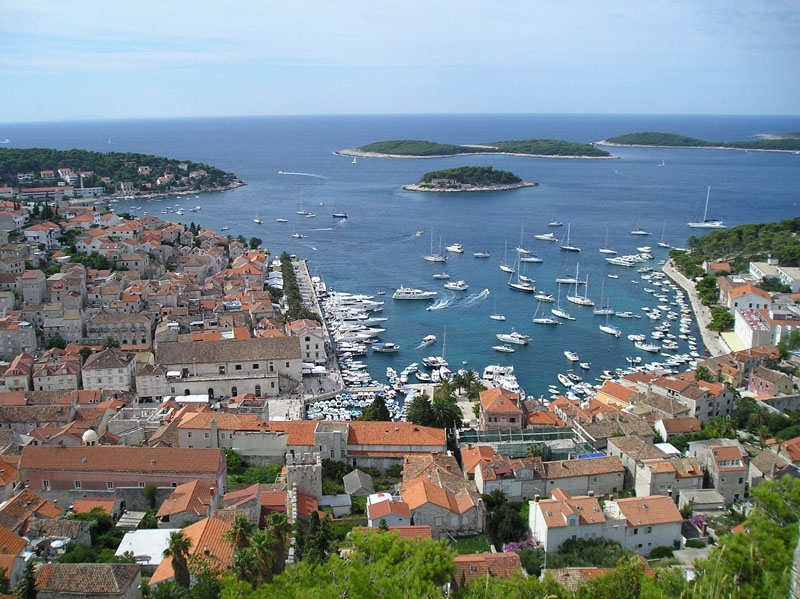 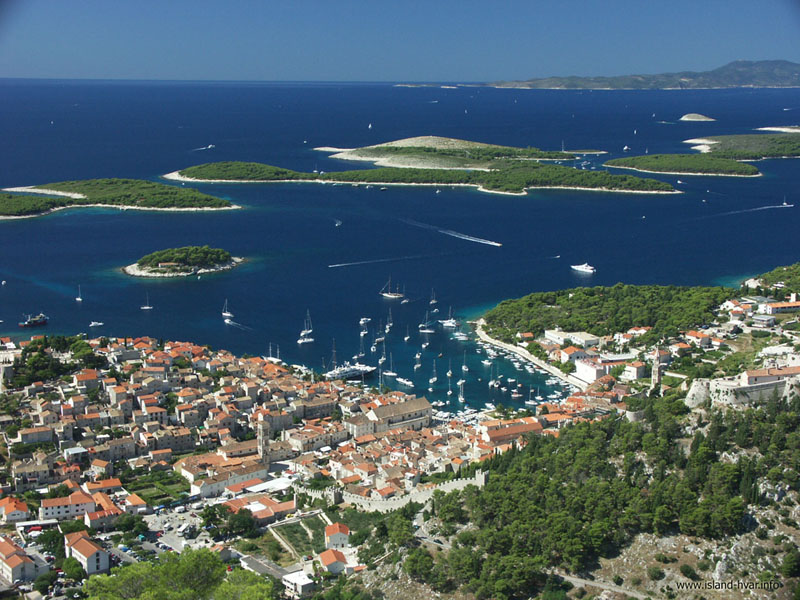 Hvar’s history lasts already for the millennia. Its wealth and contents are a result of numerous circumstances and advantages of Hvar. Nautical position of the Port of Hvar is certainly important. From the very beginnings of seafaring on sails, the island of Hvar was situated in the centre of sea routes in Adriatic. The port of Hvar, being protected by small islands and of naturally excellent shape, made a safe haven for boats, hiding from perilous winds. As a frame for the first acquaintance with history, I extract the most important dates from the rich historical adventure of Hvar. 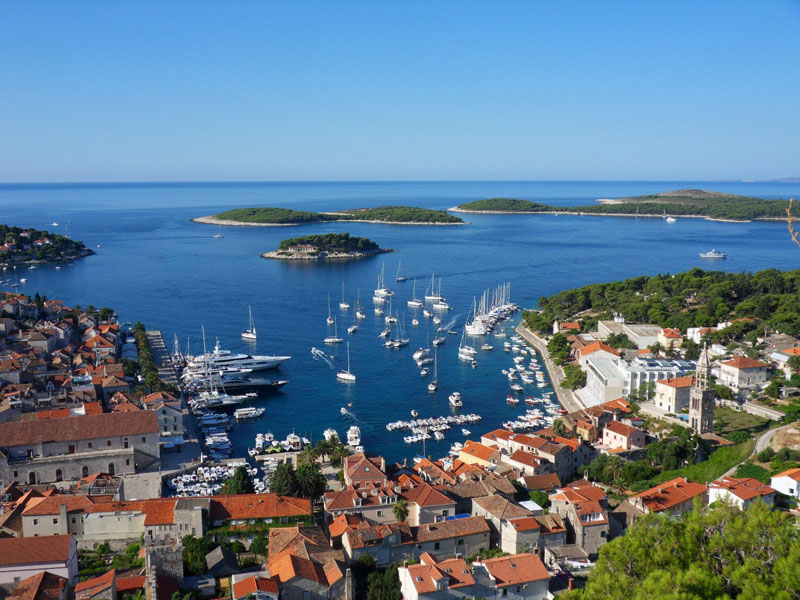 Hvar’s climate – Hvar offers a number of advantages, which almost can not be found anywhere else in the world. Tourists embrace its most hidden places, not thinking where the origins of such harmony of climate, weather, sea, landscape and benevolence of people come from. They embrace everything in every way, especially climate and weather conditions. 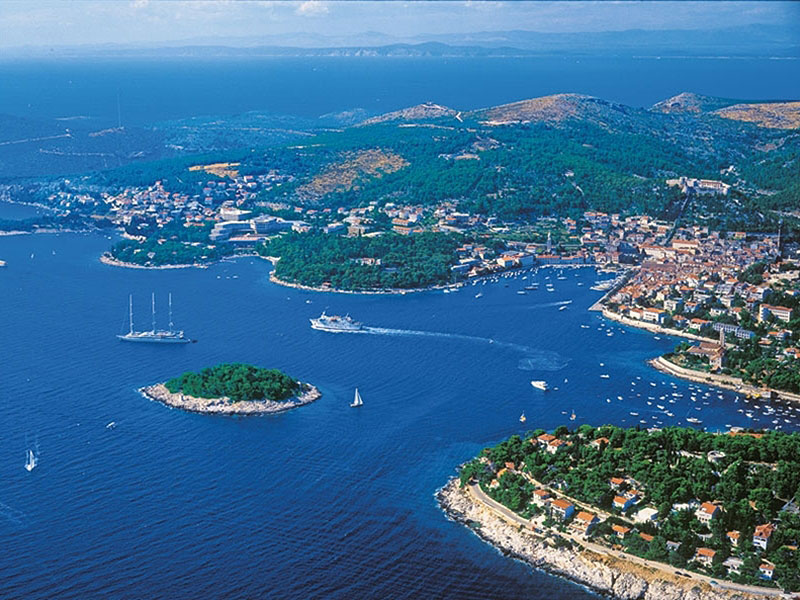 The town is situated in the zone of the actual Mediterranean climate known also as “the climate of olive tree, which main characteristic is a clear, blue sky. Climate and weather make the town less average and tedious, and this makes it an attractive and to other unreachable phenomenon.
The annul average of sunny hours is 2726, while the maximum of 3053 hours was reached in 2003. Compared to Alexandria, Hvar has, during the summer period, clearer and sunnier sky. In multitude of sunny days, 18th of July is the sunniest with the average of 12 hours, 27 minutes and 36 seconds of sun-shine. 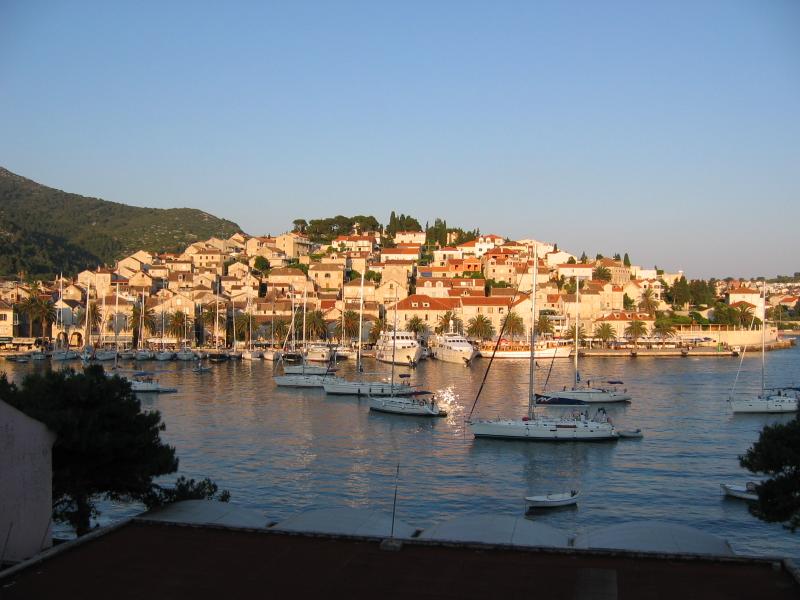 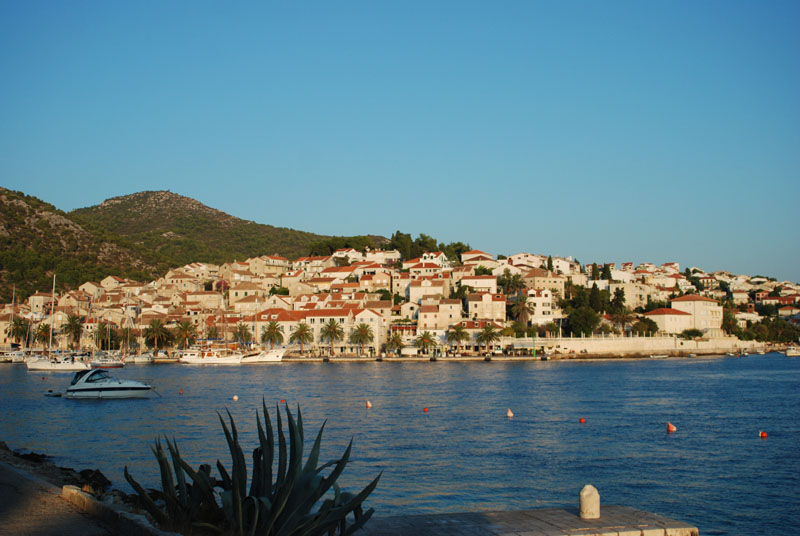 Climate takes care that ardency of the Sun and warmth of the sea are cooled by summer, benevolent mistral. Mistral is a wind often connected with blooming of the fig-tree. It blows on Hvar from the northwest through Pakleni Channel. As a rule it starts to blow in the morning about 10 or 11 o’clock, becoming stronger as the sun goes up, and then after a purple sunset, that announces another beautiful morrow, it withers away in the warm and short summer night. Mistral blows constantly, but it stretches the sails of all kind; thus sailors like it. Rains are rare in summer months, but sometime when falling they make a welcome refreshment and short-term change. The magnetic, summer attraction does not end with the autumn equinox. On the contrary, a period between autumn and spring equinoxes, brings a stimulating freshness of mild winter, slowed down pace of living, tranquillity and silence to all who like lush vegetation and miraculous changes, that are brought by jugo (sirocco) and bura (bora). It rarely snows during this winter period, in average once in every ten years, and when it does a real festivity to all residents of Hvar. Jugo brings frightfully respectful thunders and rains that fill cisterns of Hvar during late autumn and early winter, and the drizzle lulls to sleep. Bura, on the other hand, brings freshness, winds, clear air and the horizon that is limited only by the roundness of the Earth. 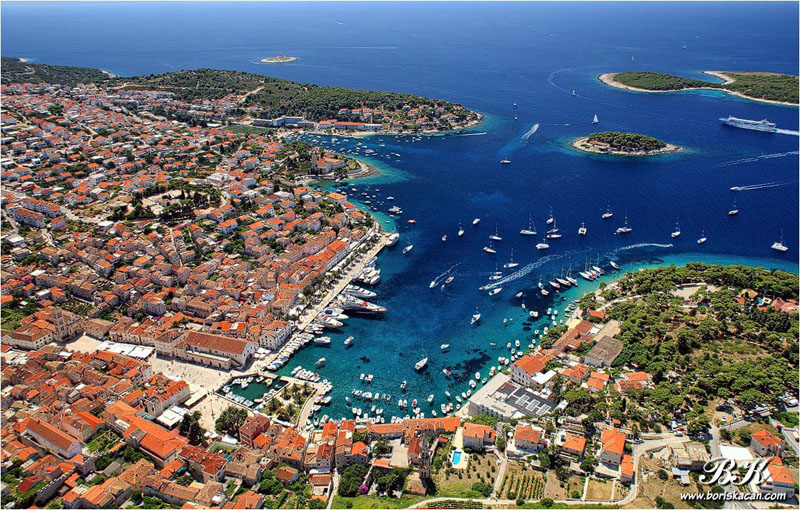