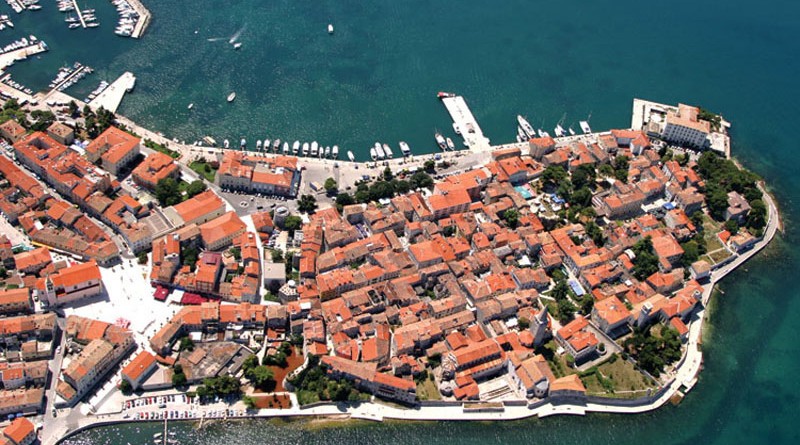 In all different actions organized by the Croatian media and National Tourist Organization there is no one else but Porec when it comes to taking first place. So many rewards and certificates which no other Croatian tourist city has. This position is achieved through the mutual efforts of hotels and city authorities. In order to meet its guests properly, during the last few winter it is being prepared for the incoming season. The number of residents exceeds the number of tourists during summer months. 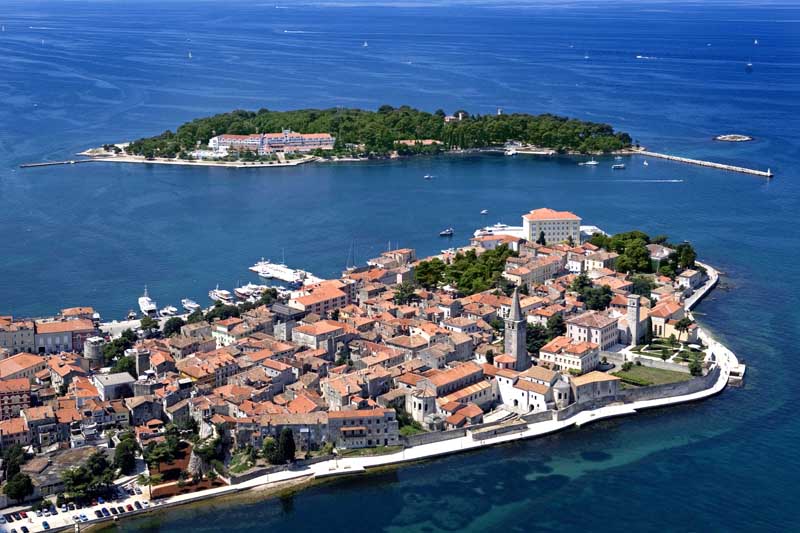 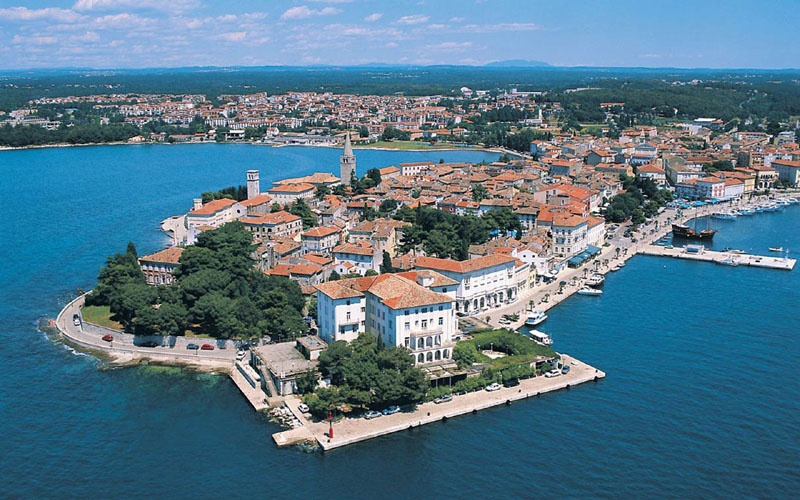 Porec tourism is more than sun, sea and perfect tourist image. The summer visitors know how to recognize the city that is still keeping its historical values, which can be seen in the historical city center. 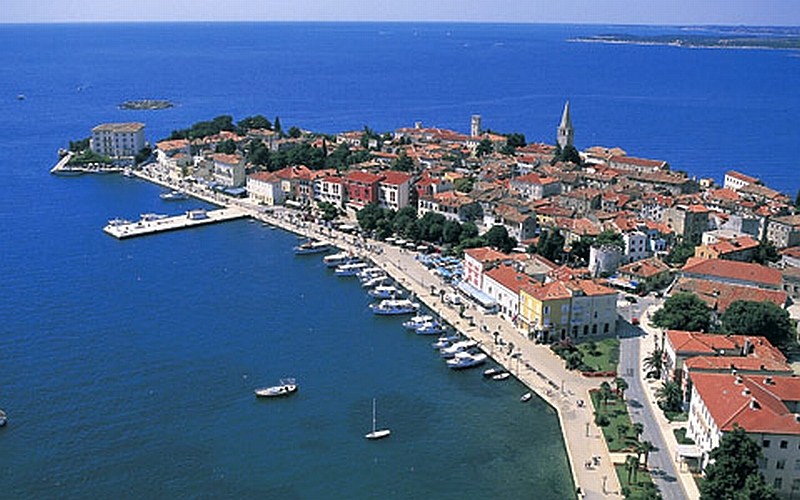 You can find museums, galleries in the most valuable city palaces, many of them are the homes for people as they have been centuries ago. Many of our guests probably do not know that they are walking on the streets, built during the Roman times. One part of the city ramparts and towers is still preserved, in the Pentagonal tower there is a restaurant and in the Round tower a pub. Besides Basilica, now it is possible to visit Euphrasius’ bishopric, opened in the year 2000 as an architectural monument and the curch museum. 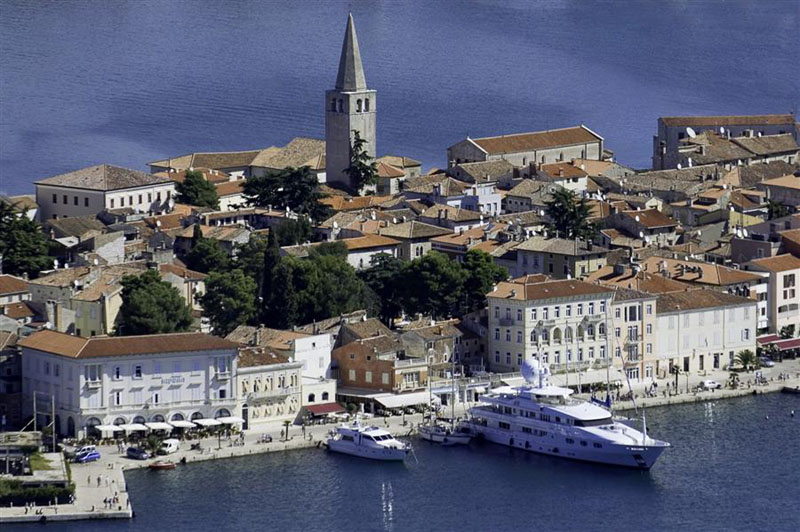 The capital of the Croatian tourism has one more face – sports. Many individuals, teams and selections of different sports choose Porec for traning. The sports offer satisfies even those most demanding tourist amateurs. 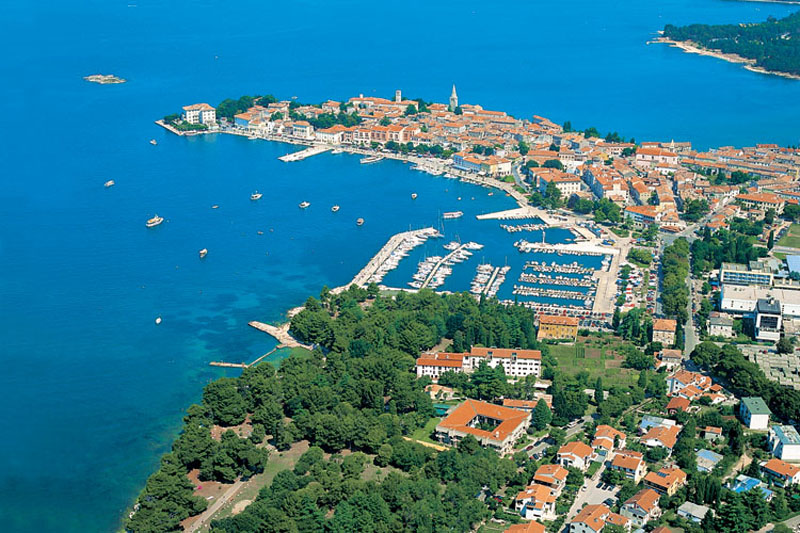 Climate: mild, Mediterranean climate (warm and dry summers, mild and pleasant winters)
Average amount of sunshine: 2.388 hours. Owing to the day’s length and plenty of clear days throughout the summer it has the longest insolation with a daily average of 10 hours in Istrian seaside resorts. Characteristic winds are “bura” (wind blowing from the north to the south, bringing clear weather), “jugo” (south, warm wind bringing rain) and “maestral” (summer breeze blowing from the land to the sea). 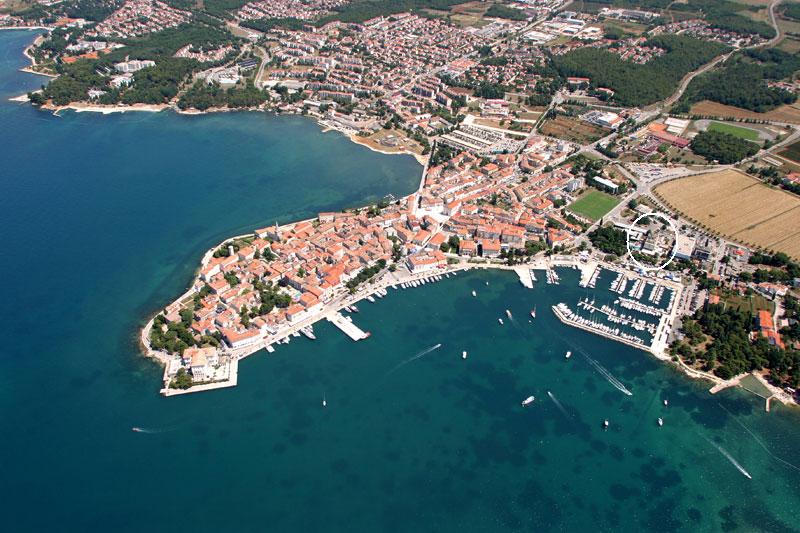 Vegetation: Istria is the largest green oasis of the North Adriatic. The coast and the islands are covered with pine woods and easily recognizable green macchia. The main specimens of macchia are holm oak and strawberry trees. 35% Istria is covered with forests. 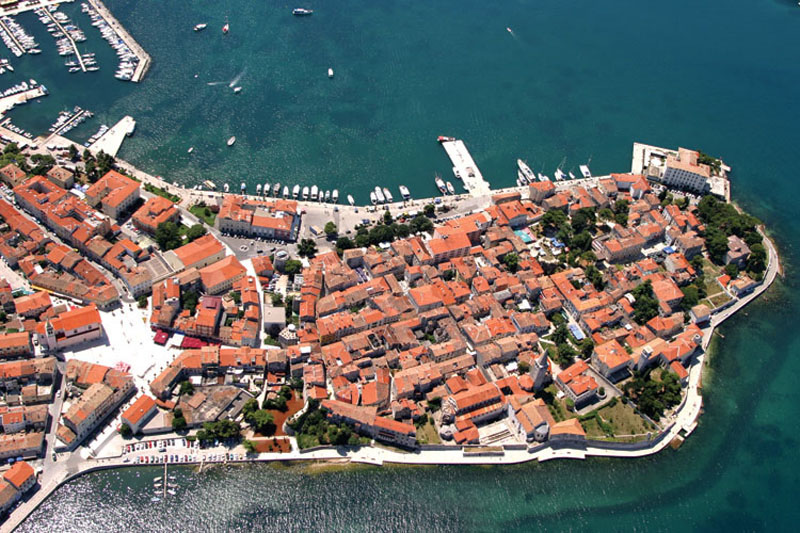 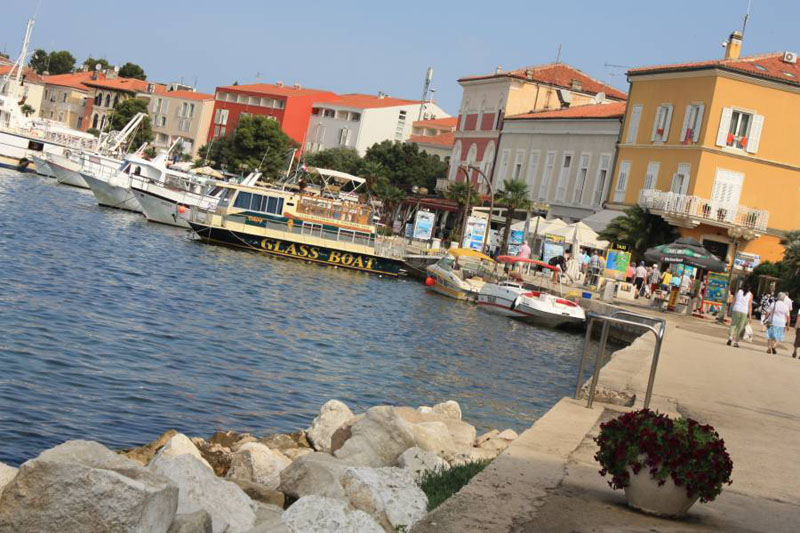 Geology data: Administratively, Porec, is the heart of the City of Porec, a local autonomous unit, in the district of Istria, the integral part of the Republic of Croatia. The city region is 142 km2 large and it has about 17 000 residents. Besides Porec, with a population of 12 000 , there are other large towns such as Tar, Vabriga, Baderna, Zbandaj, Nova Vas, Fuskulin, Dracevac, Varvari, Cervar-Porat. 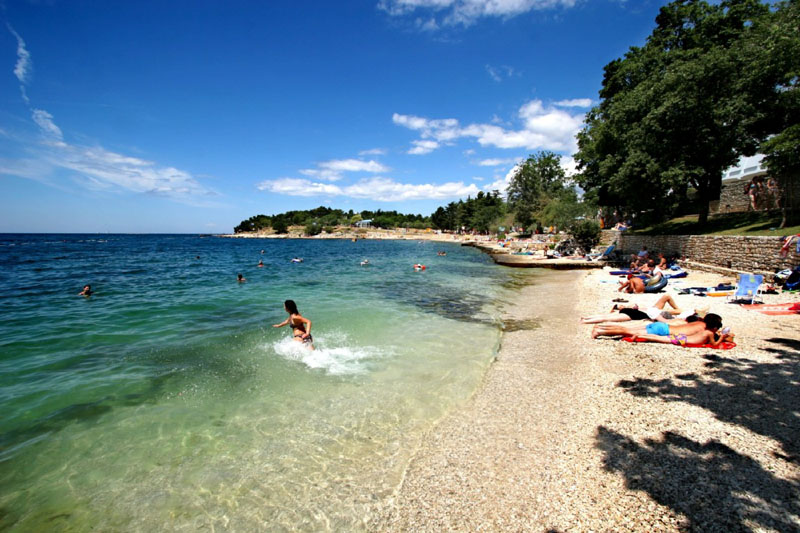 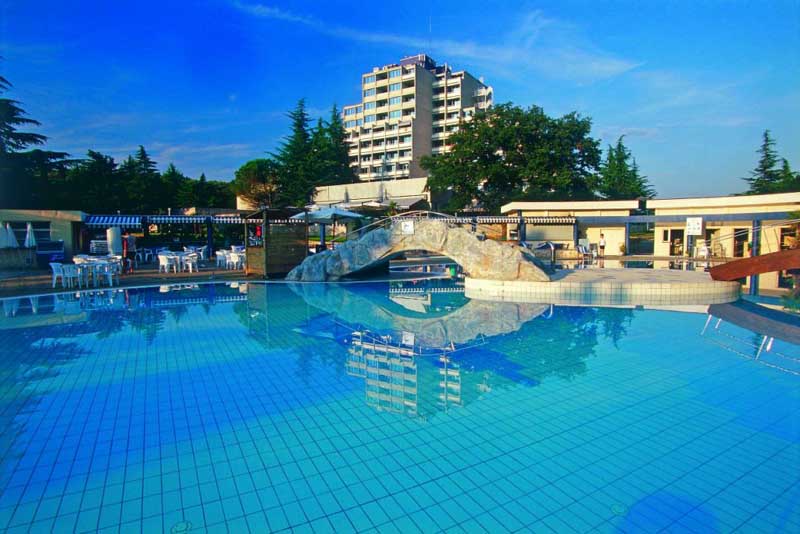 Porestina is a somewhat wider region bordered by the Mirna River on the north and the Lim Channel on the south. Southwards of Porec, along the coast, are Funtana and Vrsar. Other nearby towns are Visnjan, Vizinada, St. Lovrec and Kastelir.